My word, how noisy is a night…? All night partying, music but worst of all the bins being emptied. The bottle clanking and lorry bleeping was driving us all nuts!

First stop was Auckland museum where we got the first taste of Maori culture and dancing. Huge museum, to much to see but a brilliant place.

The Hakka, watch until the end. Quite scary….

The next day we went to the Maritime museum. Fascinating. Spent hours in there. 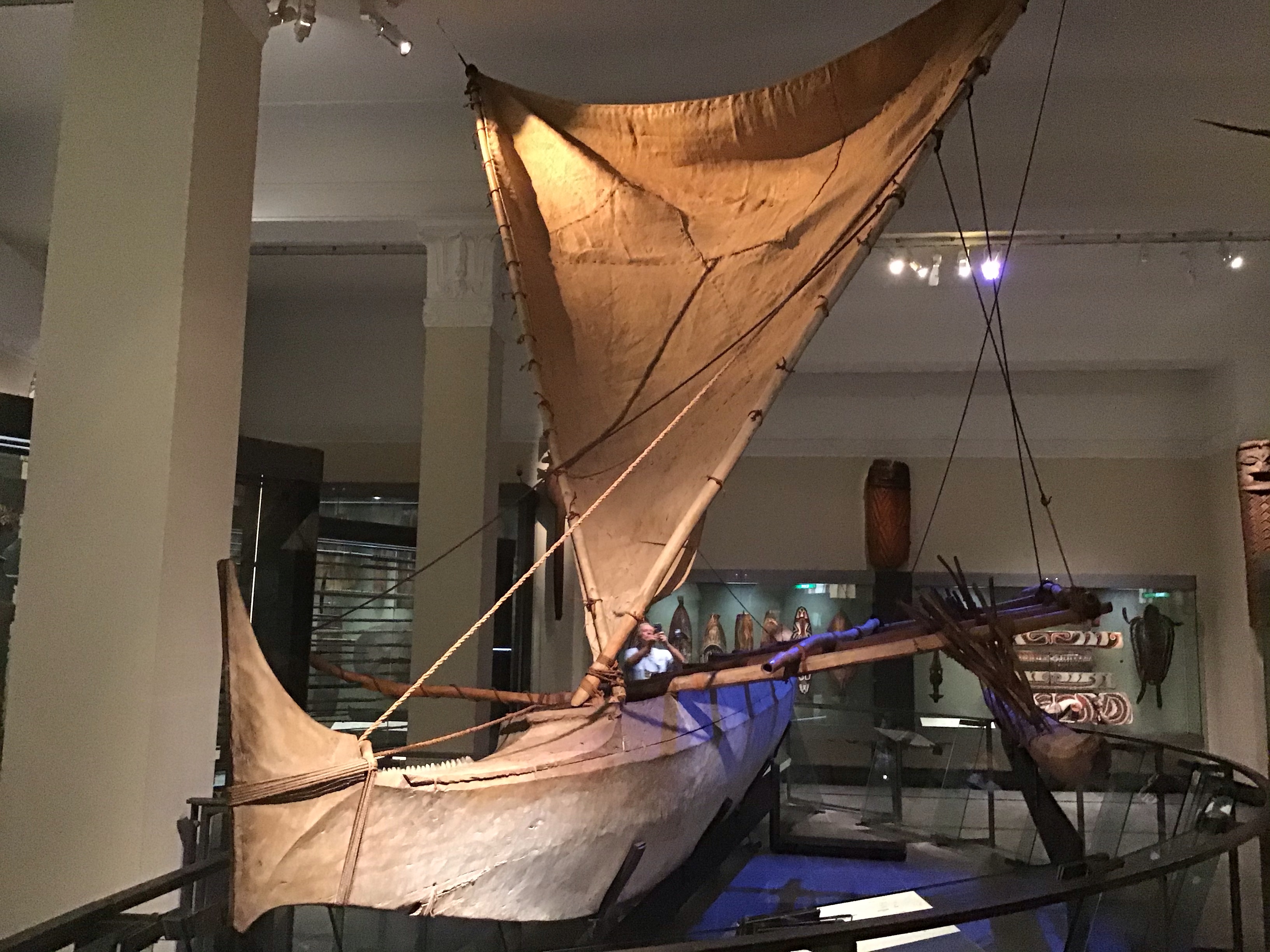 Learn how to sail, make friends as we go.

After we had a little surprise mainly for Alice. Went to a nice pizza restaurant, big hot chocolates and met up with Sophia who we met in Fiji. Great few hours. 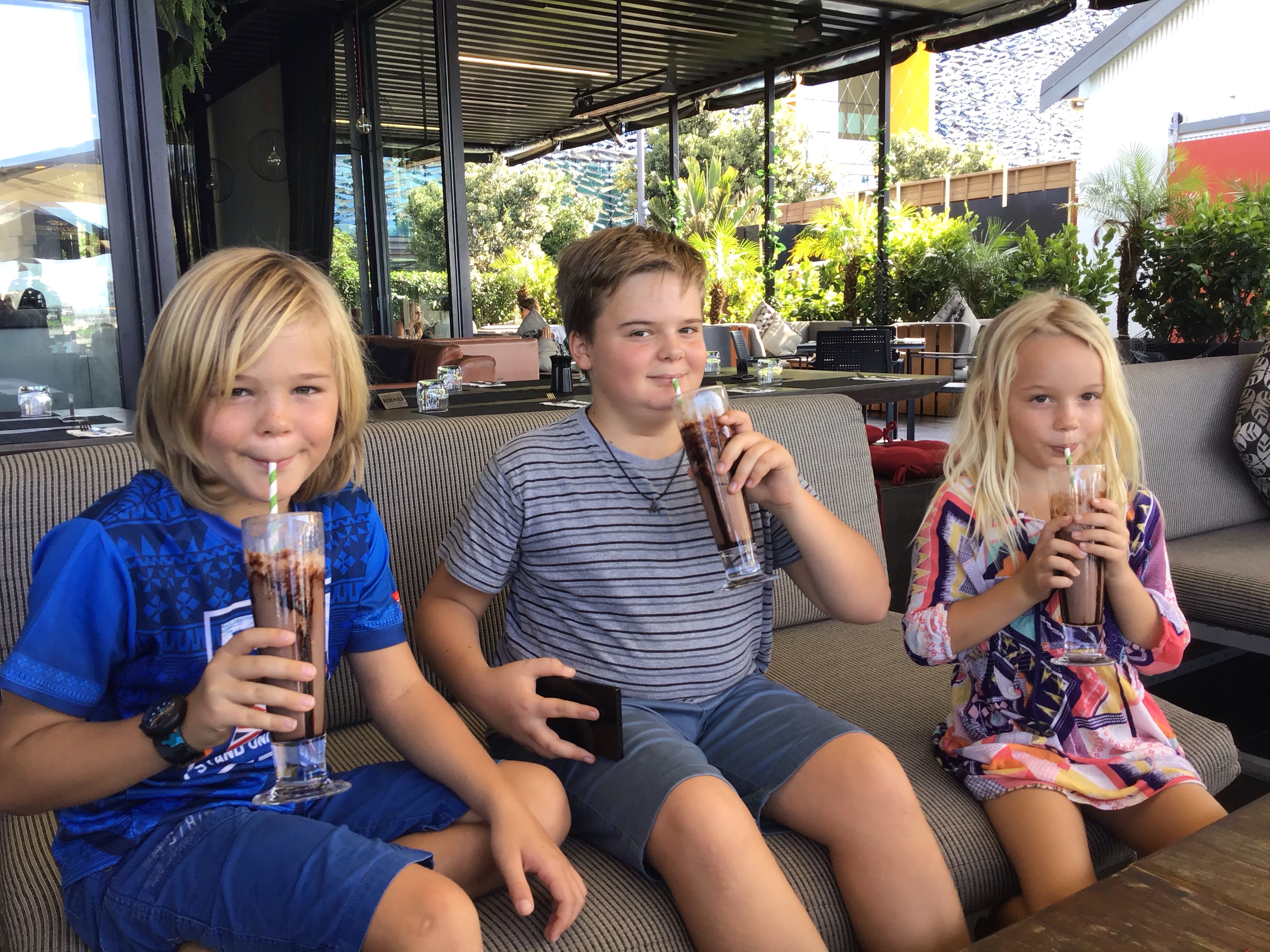 The following day we got our hire car and headed northwards. We were going to see an old friend of ours that we met about twenty years ago on a sailing course in U.K.

Peter Lewis and his wife were kind enough to accommodate us for few nights and it was so weird to see him again. We only spent 5 days together such a long time ago but kept in contact as they moved.

The next day they showed us around and we took a hiking trail until the heavens opened. Thoroughly soaked and freezing we headed back. 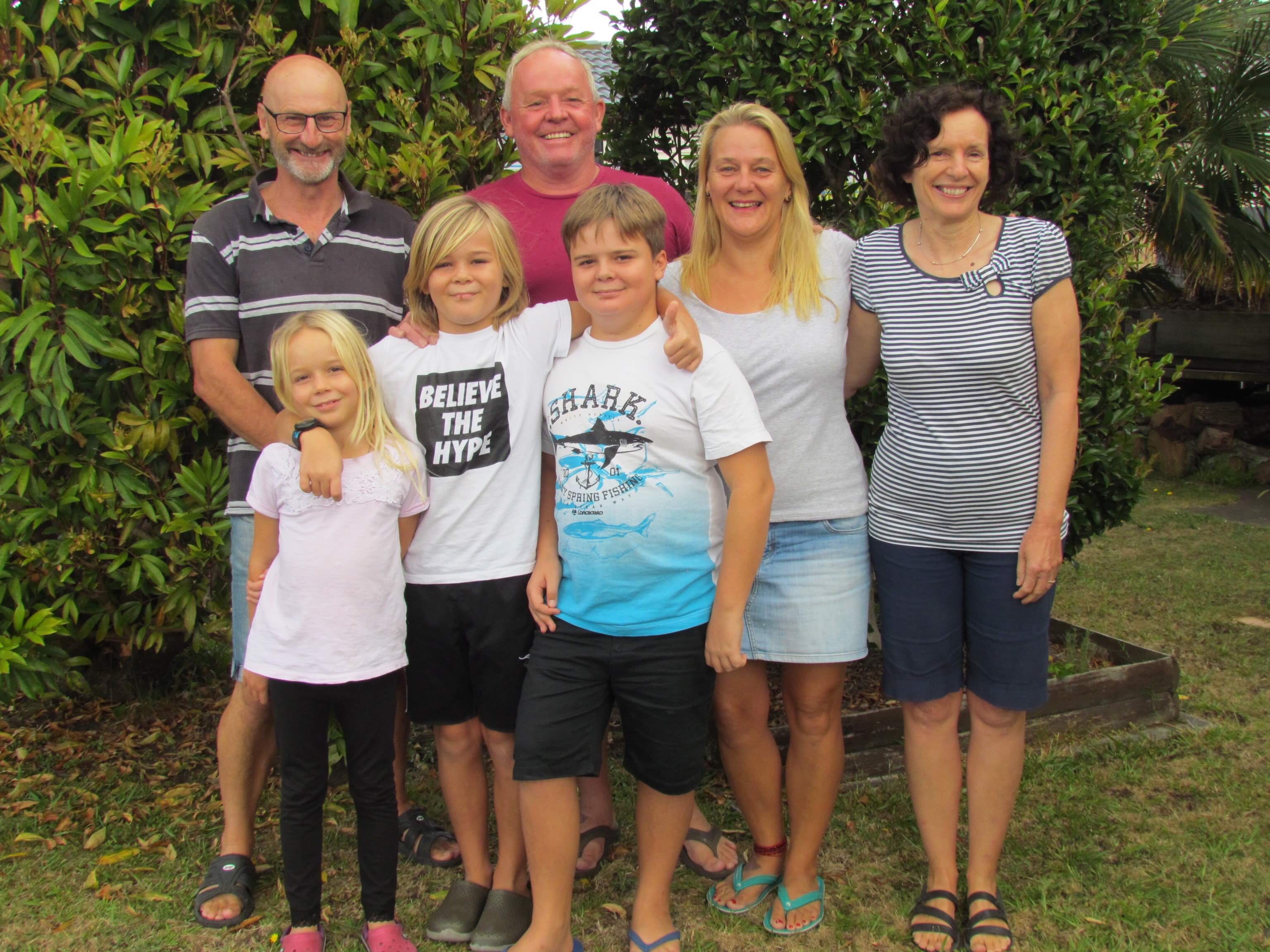 Following day the journey continued to Whangarei. Another surprise for the kids as we were staying with S/Y Panacea, a Finnish boat we met in Huahine, French Polynesia. Great to see them again and kids together having fun. We only stayed for one night, few drinks and catching up on plans.

Onwards next day to the famous Paihia. This is the place where the Maoris and settlers drafted up they peace treaty. Beautiful grounds, so much history and another dance show. 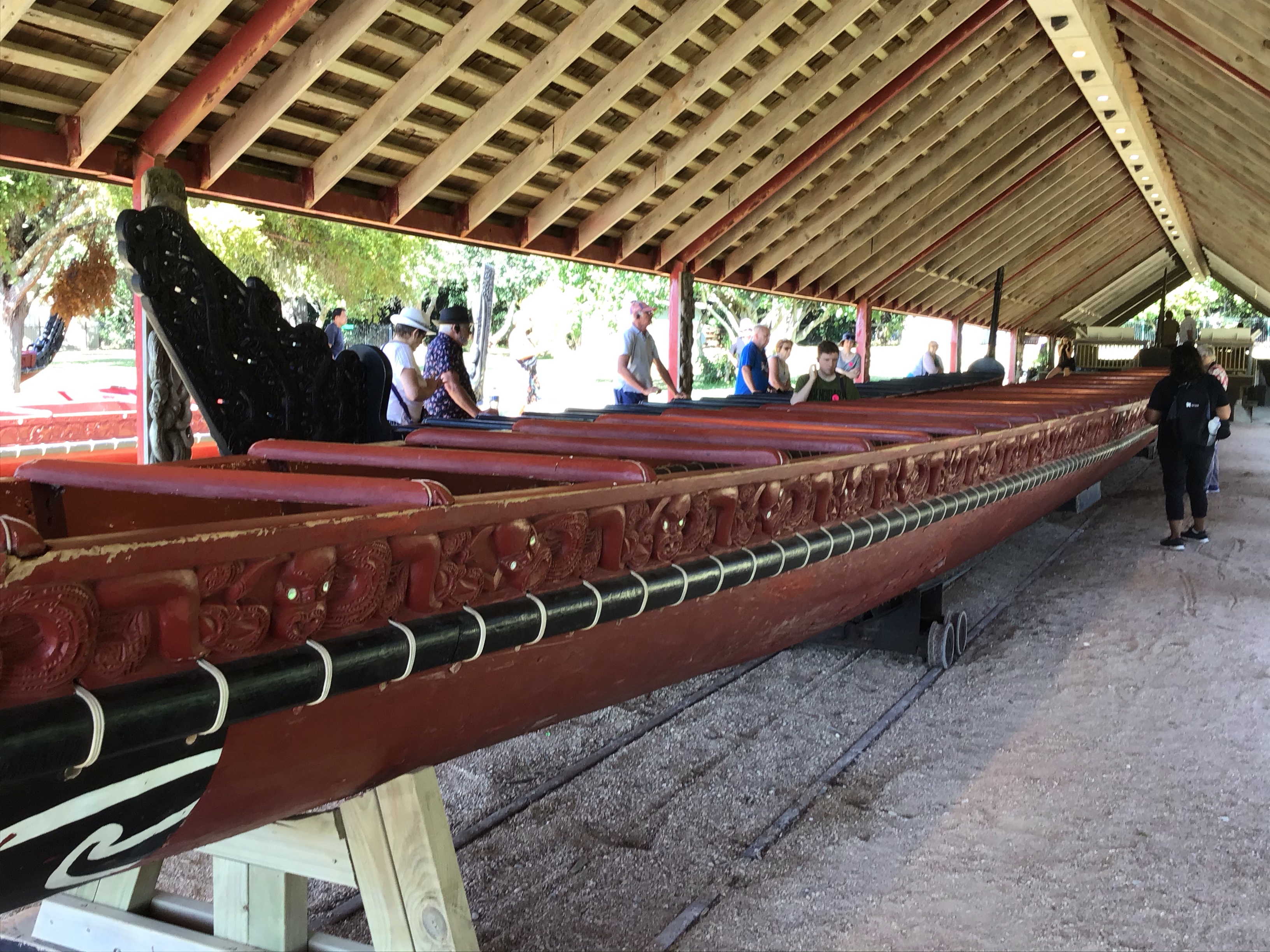 The hostel we stayed at was a bit of a luxury one. Big room, on suite bathroom, micro, fridge and tv.

We had a day when we actually didn’t do a lot. I was forever hearing” I’m tired, do we have to…” I felt it as well. Like travel fatigue. Had enough, all to much. The Pacific crossing year was a long one, lots of miles under the belt. So much done and so much seen. So much to understand and so much to take in. We all had had enough of travelling!

Finally our much awaited trip was coming around.

The boat was cleaned, fridge empty, toilets flush with fresh water, bags packed and hotel for the night booked at the airport. Nice room, tv and WiFi, all good. 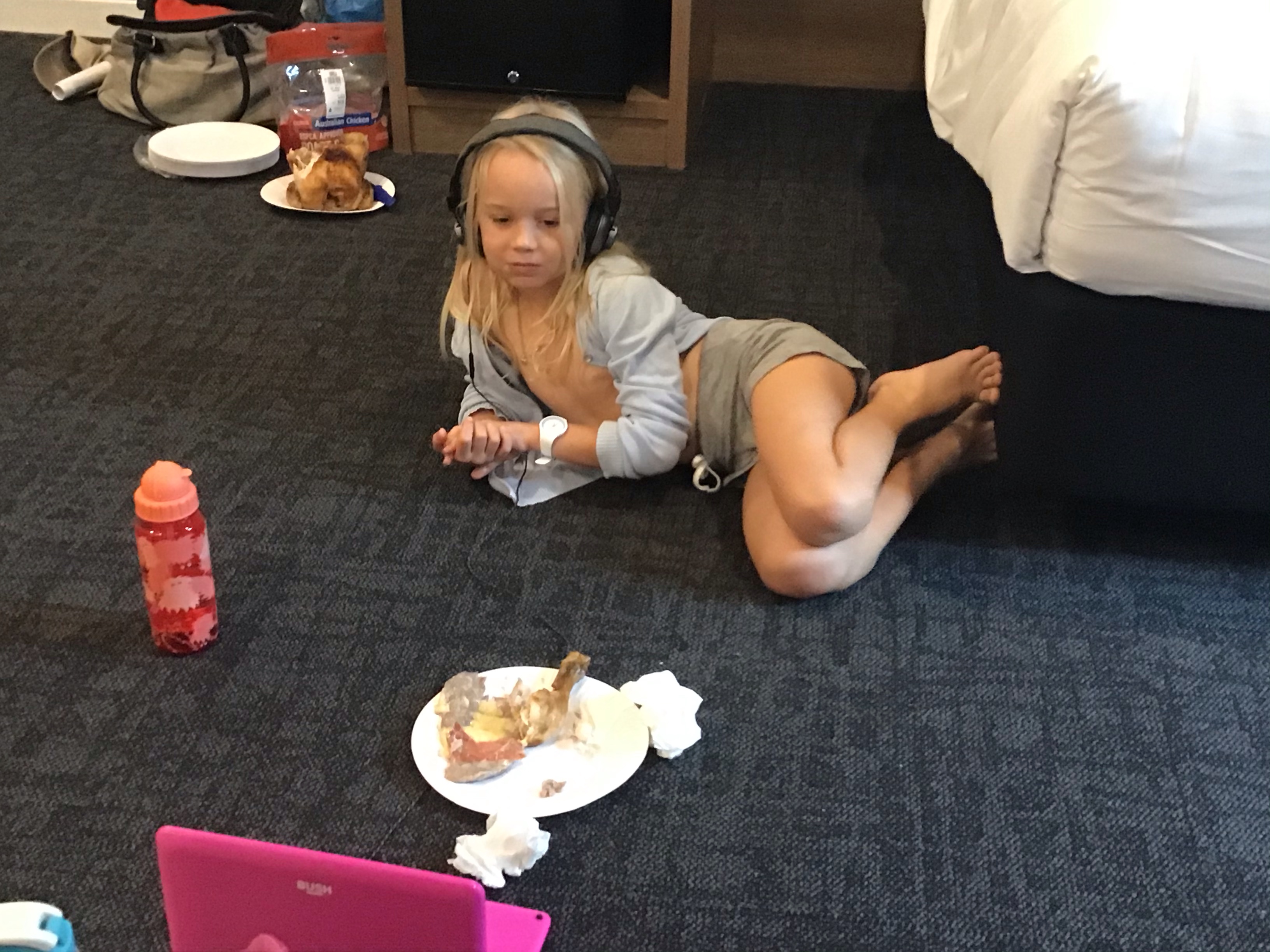 One way of eating dinner…..

After landing in Auckland we took a taxi which cost us dearly. Stupidly we didn’t check the bus which would have been so much cheaper. Anyway, got dropped to our hostel in the middle of the city so it was busy.

Checking in we felt like the grandparents of every single one of them. All young backpackers but all so friendly. Easy chats and laughs. We had booked a family room but it wasn’t available so ended up with two rooms next to each other and toilet down the corridor…..