As we had flown to New Zealand we couldn’t just stop the sightseeing. Yes, there was a lot of moaning from everybody including Chris but as usual I was slave driving them…..

The next thing on the list was the Kawiti glow worm cave. There is plenty of them, some more tourists than others but I chose a smaller Maori owned one.

We were a small group and no photos allowed inside as it still is sacred ground for the Maoris. It also use to be where they buried the dead or the bones of the dead. The story went, when somebody died they tied the dead body to a tree and vultures and birds picked it clean. Then they buried the bones in the cave. Genius way as nothing is rotting or smelly…. 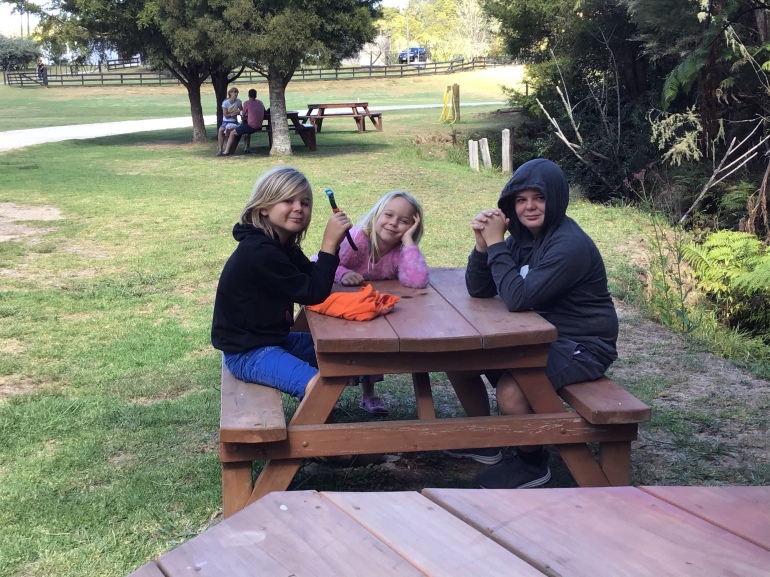 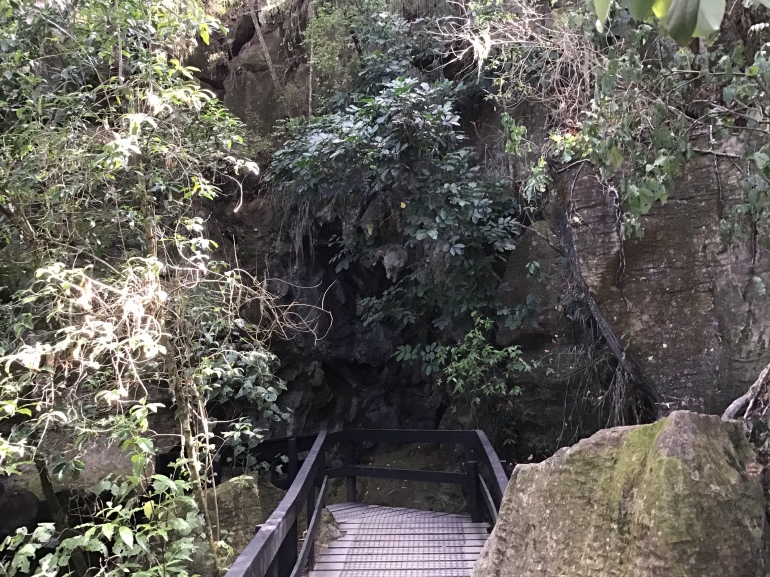 These pictures from inside is from internet. 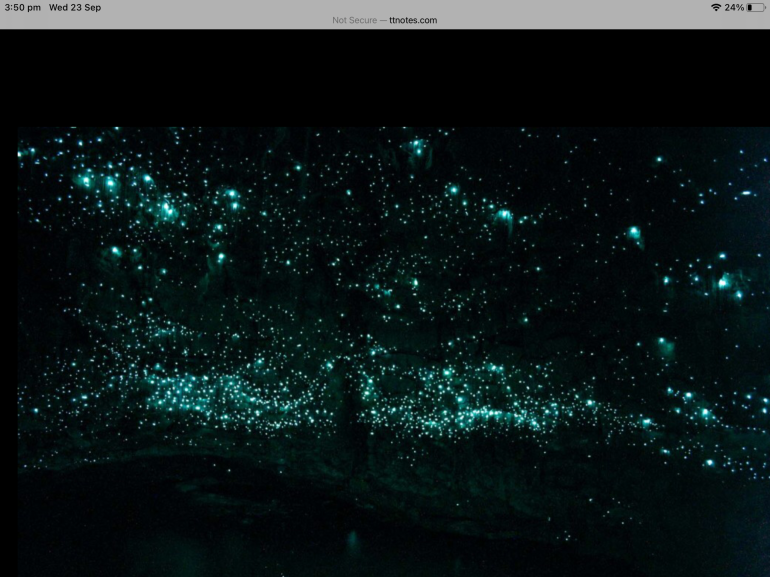 It was truly a magical place. We walked deeply into the cave and it felt like a fairy hideout. Could have stayed there longer….

And these photos are from the other side

Afterwards we drove to a thermal pool. Again I chose a local, non touristy one. Super cheap to get in. The boys and I went, Alice thought it stinks of rotten eggs and Chris not interested…

There was about 10 different pools, all at different temperature. So we started off with the cooler ones although they were hot enough!

Wallowed around about one hour and we were truly cooked by then. 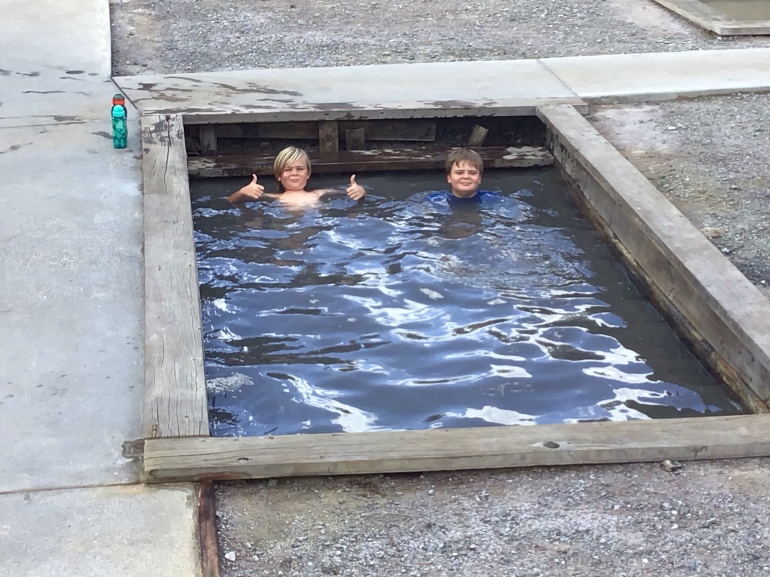 I felt amazing afterwards, wish I could live near these kind of things. And my knee ache was gone for few days.

And then back to Whangarei. That’s where the kids wanted to go, back to see Panacea and us too.

We checked into a motel and stayed put there for the rest of the time. Lots of kids got together and had fun.

We also had the privilege to be there for Kerttus birthday. Seriously good fun! 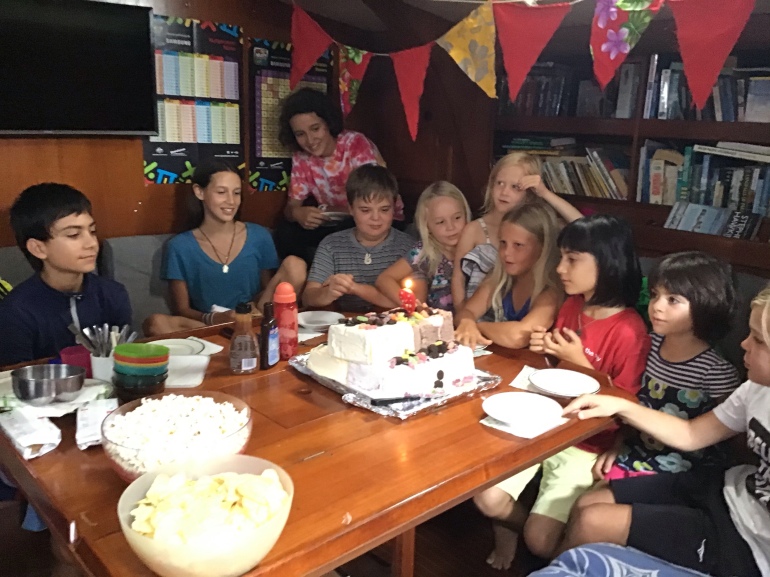 And a Pacifico festival. Brought back lovely memories from French Polynesia So 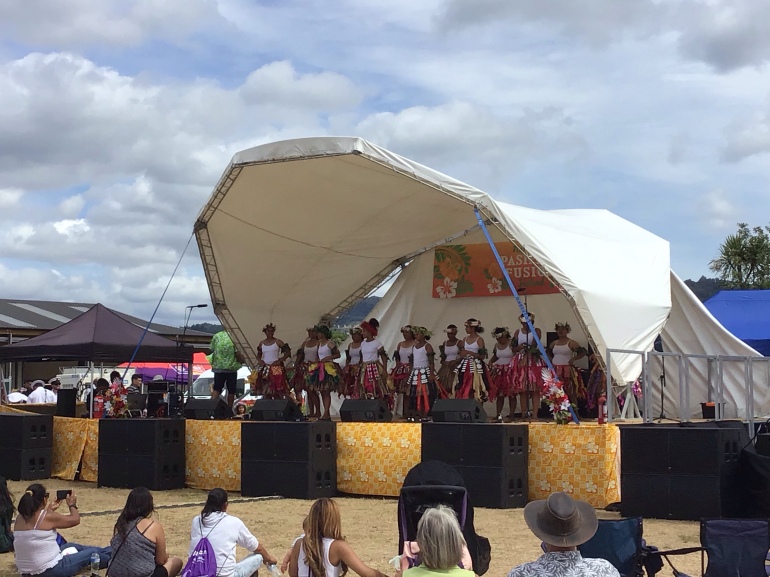 So the time came to an end. Saying good bye to everybody but looking forward to going home.

Arrived in Sydney on a grey, rainy day. Picked up another hire car and back in Cammeray. Boat all good, unpacked and ready for school next day….