We left Bora Bora on a sunny day but rolly seas. It was a bit of hard work and as usual James puked within hours, bless him.

This sea state lasted for two days, then no wind and then wind from wrong direction. Alice proceeds to puke. Happy bloody sailing, not.

On the third day it was a bliss. Everybody felt good and the sun was out yet again…..and then…..shit hit the fan in the night….

The wind picked up, and more……of course it always have to be in the middle of the night. We had the tiniest bit of head sail and three reefs in the main. 40 knt constantly with gusts of 50. Not funny.

I just sat in the cock pit, holding on and doing my usual mantra of ” go away, go away, go away” watching Chris closely. At one stage I thought we will loose the Bimini, it was rattling and the solar panels were banging, horrible noise.

Longest night ever, finally at dawn we could see a break in the clouds, a little less rain and wind dropping…..and like that, there it was, another sunny day and Suwarrow on the horizon.

A beautiful atoll and nature reserve. Our first passage to an atoll, all excited and this pass was simple.

Lots of boats we know where there, like Panacea, a Finnish boat, Calle ll, Antares, Slingshot and Itchy foot. Met them all Huahine. The first shout came over “sundowners at the beach!”

We got lift in with Itchy foot as it was getting dark and there was a lot of coral around the jetty and we didn’t know where to go.

Lots of laughs, drinks and catching up. It was very dark as nobody lives here except two rangers. The stars were amazing…. 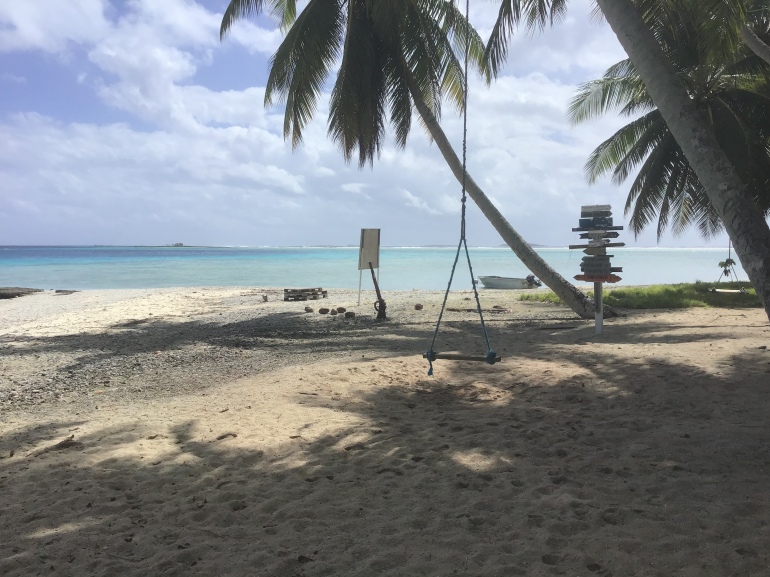 the first impressions of the island. Stunning. Beautiful water, nothing to do but relax.

Our days was spent with school and then kids getting together on the beach. 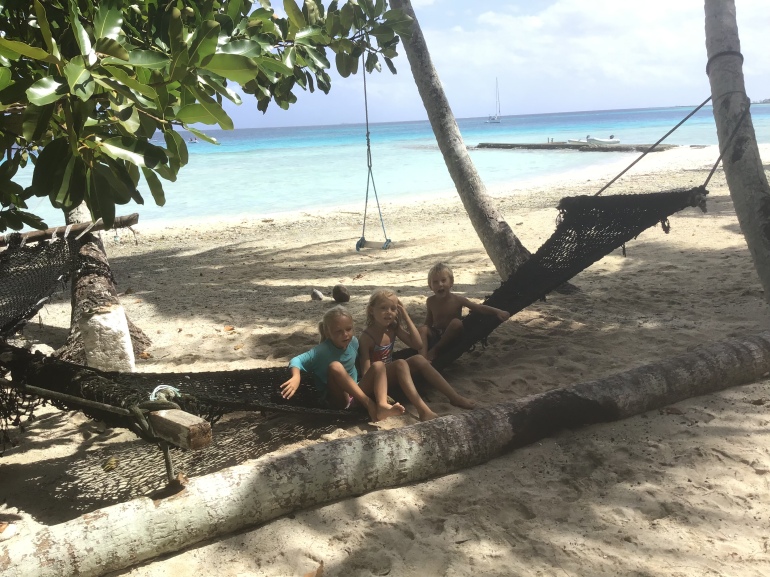 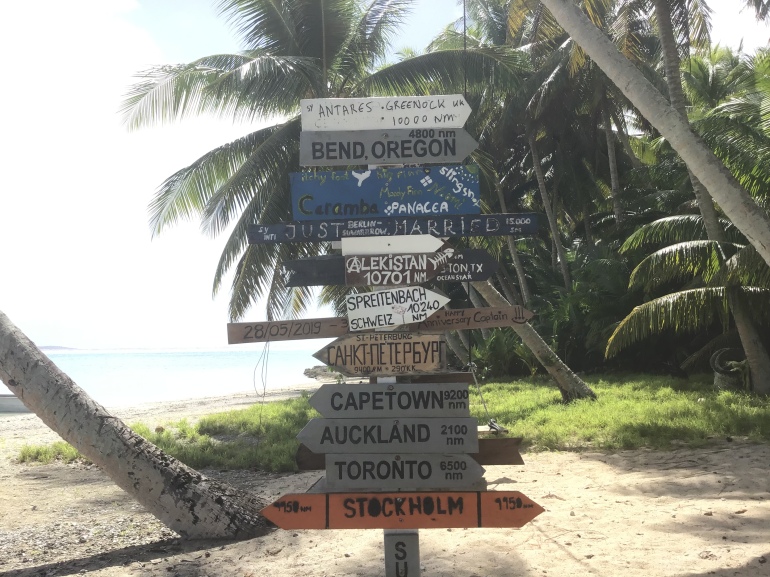 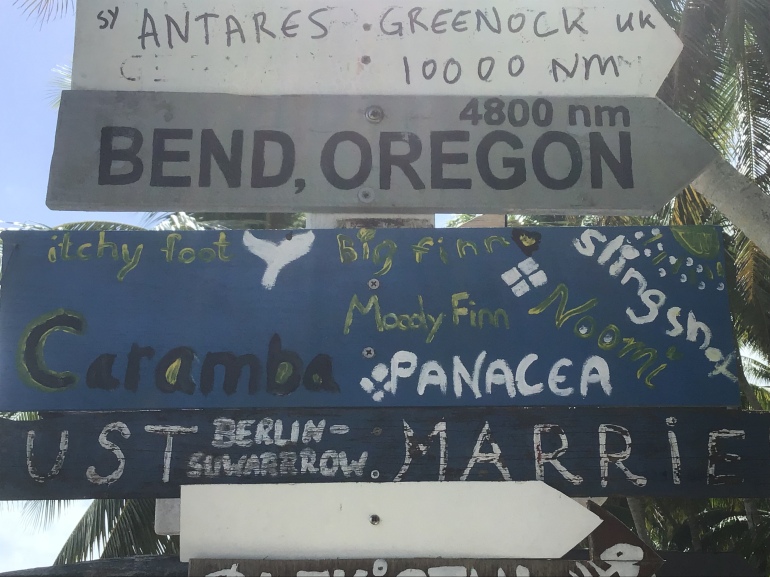 We had three days of fun and then majority of the boats left. We didn’t feel we had stayed long enough so settled in for a quieter time. The weather changed, a bit Moody, wind changed direction and the anchorage became choppy.

As we had shifted direction I could hear the anchor chain rattling on the coral heads. I had a vague suspicion that getting the anchor up was going to be difficult and hard work. And I was right, oh yes.

The first bit was good and then nothing. We went forwards, backwards and sideways. No nothing, zero and bloody nada. Totally stuck. We were in 33m dept so no snorkelling and Chris’s dive tank had about 10 min worth of air in it….tricky one.

In the end Chris had to go down, he unwrapped what he could and after few more tugs we were free, phew.

On our merry way to American Samoa. And this was the first time I was feeling scared of the weather. What if we get a storm again? The last one didn’t show up on any weather app. A horrible squall? Lurking behind me….no moon…..so, so dark….