We left Pitcairn with Abrazo on a perfect sunny day. It took only 2 days. What a short hop compared to what we done. Caught a shark as well!

Arriving in Rikitea it was dead calm and the anchorage looked like a mirror. S/Y Polarwind was there as well who we met in Easter island.

There is not a lot going on, a school, bakery, post office and the most enormous church that the missionaries built by using the natives as slaves. I realised later on how much damage the missionaries did on the different Society Islands.

They not only preached but they also stopped the natives to speak their own language, made them wear the ” mother Hubbard dress”, forbade dancing and generally forced the western way on them.

We spent days doing school, had Morgan over most days and swimming. The water warmer then Peru but still not my standard. 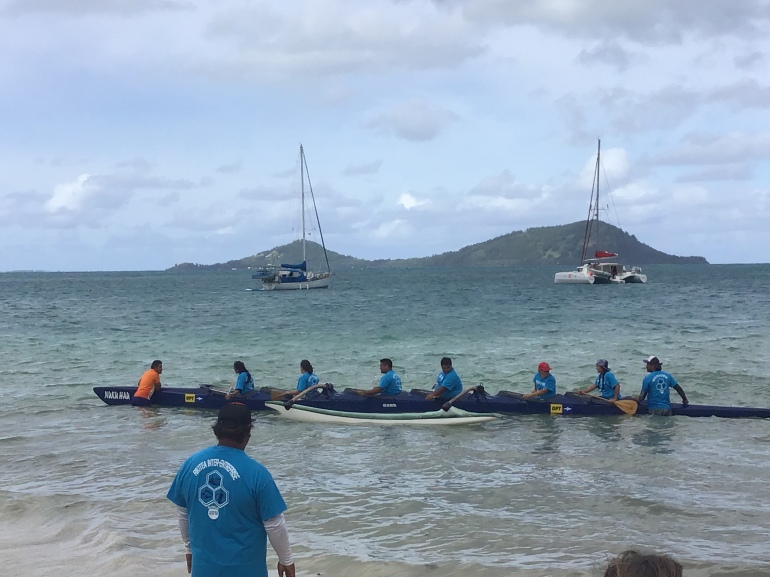 And of course any stray dog will do. This one was named Bella.

Then the weather changed. We had few days of rough winds, stayed onboard cooking and watching movies and then it got worse. Chris put out a second anchor and lucky so as the wind went up to 30 knots.

The anchorage became choppy , lots of boats and few boats dragged. It lasted nearly 3 days. On top of that , a french boat anchored to close to us and as they moved they picked up our anchor, in the middle of the night, without telling us……

They came back following morning which was nice but they should have woken us up…. 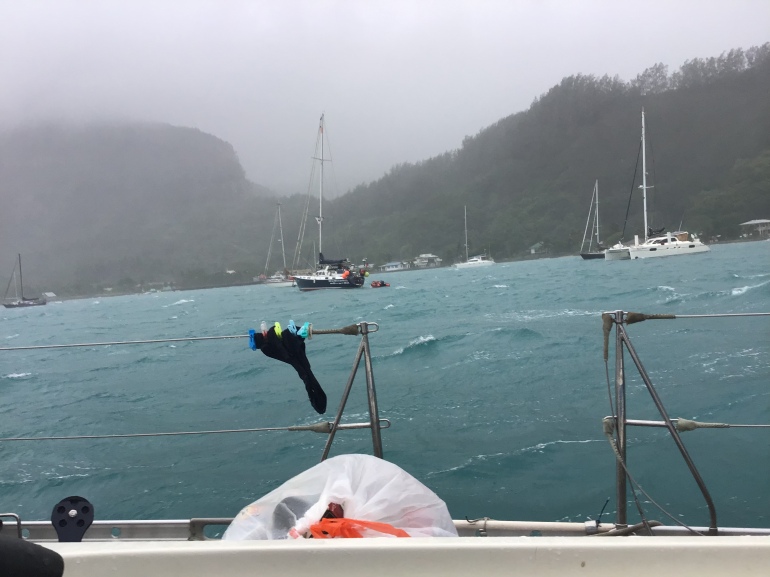 We dragged a bit, as you can see from our chart plotter .

And the kids thought it was great to sit upstairs for about 2 minutes….

As soon as the weather got better we prepared to leave. We had to dance around a little to get the second anchor up and realised that we had been relaying on it after the main anchor was picked up by the french. As the wind picked up the next day we dragged. Lucky it did stop , we finalised everything and left.We were suppose to go to Austral islands but changed our plans as they were even more south and I didn’t fancy being stuck again. So we decided to go straight to Tahiti.

Where I could relax, perfect winds and perfect weather………but no…….