We took a train from Ollantaytambo to Aguas Calientes, the little town at the bottom of Machu Pichu. We were all so excited. The scenery was stunning. Up and up we went seeing little villages on the way. I wished we could have done the Inca trail but 4 days of walking wasn’t an option for us. 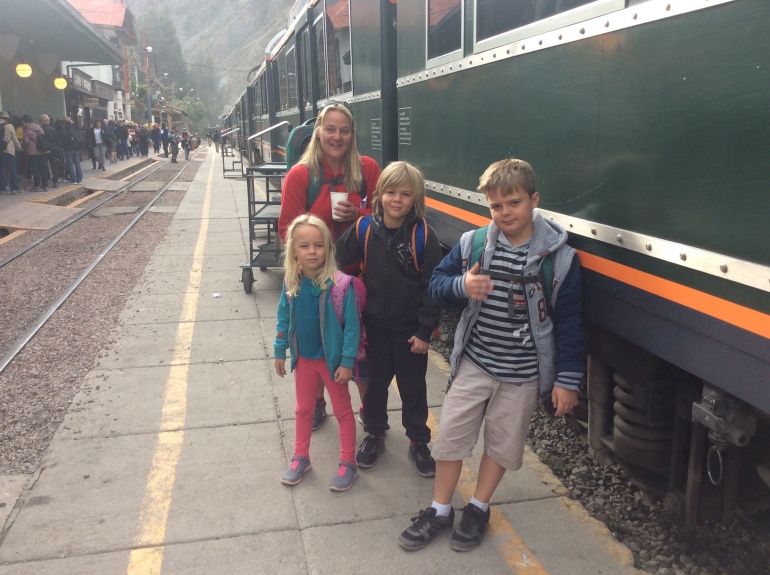 When we got there we went to the cheap hotel to leave our big backpacks. And then went to grab some breakfast.

It was rainy and chilli as we joined the queue for the bus to take us up. It was all very well organised but I just hate to queue and I hate to be anywhere which is over run by tourist…but this had to be done.

Half on hour later we piled out to join another queue to get in…..yak. And then we were herded like sheep up and up the steps. Thousands of people around us…..

I knew it would be a busy place but this was ridiculous. Everyone pushing and showing….I hoped it would be worth it…..

Finally we were at the top. Looking down on the classic picture of the place was just amazing. I could visualise how it would have been, with roofs, agriculture and people milling about.

As we stood there to take pictures this one guy asked us to step aside so he could take a selfie! I mean, WTF? So ignoring him we carried on…for him to come again and asked us to move. Seriously? Anyway, time to move on… 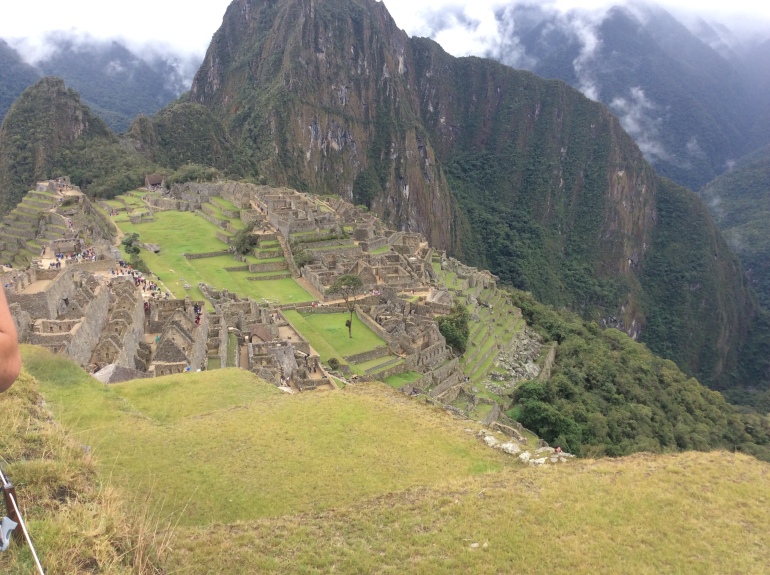 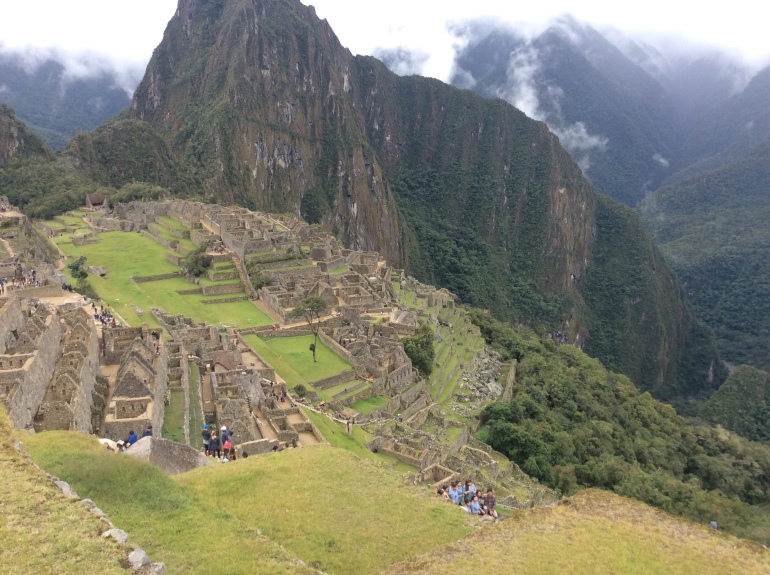 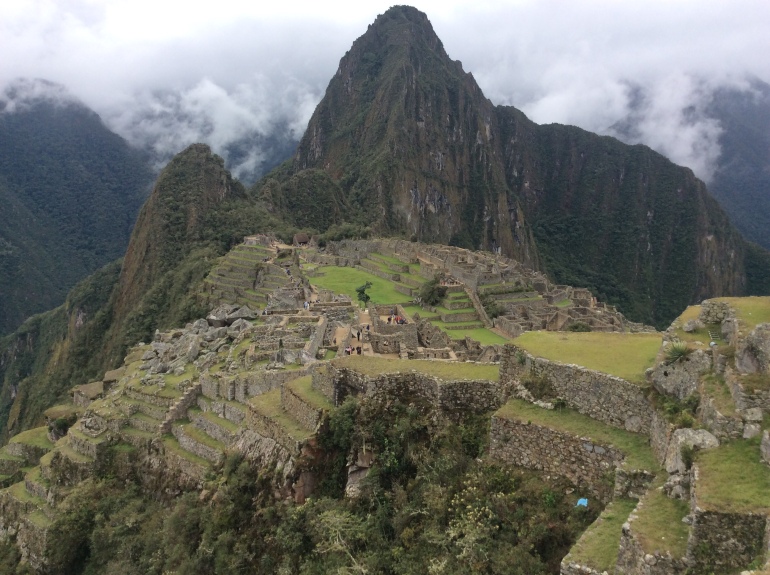 the sun came out, it got hot and we wandered around about 3h. It’s not as big as it looks although there is places that are shut.

At one point a security guard was trying to hurry me along as I stopped to take pictures. To which I replied, in my best non existing Spanish to forget it. We had payed a lot of money to come all the way and I will take as much time as I like! Don’t mess with a moody finn. 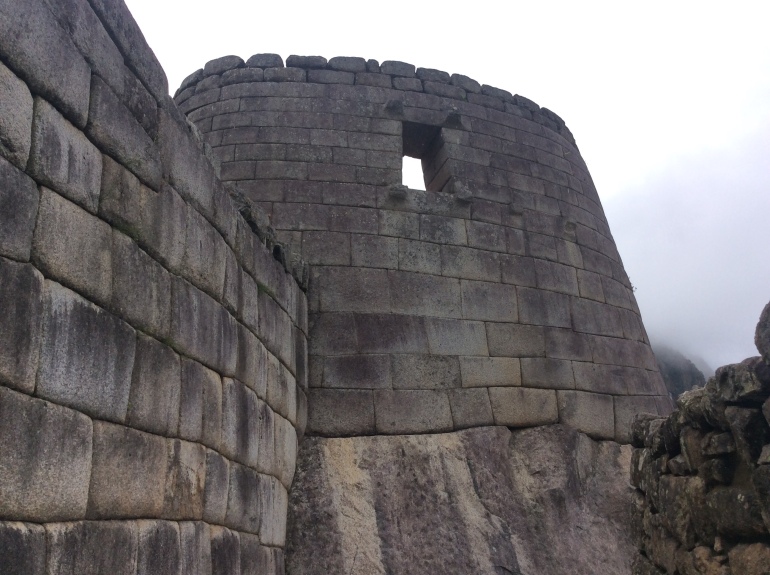 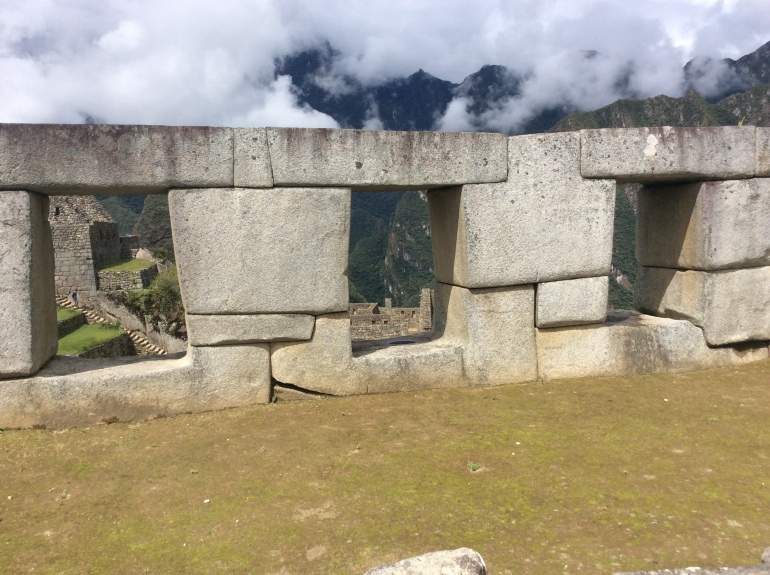 the stone work is perfect with no sand or cement in sight….

Holding up the top…. 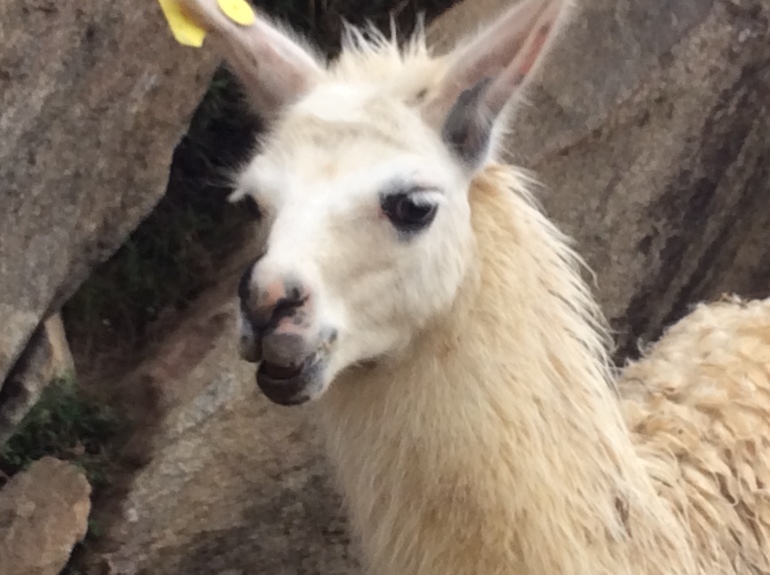 the all beautiful llamas 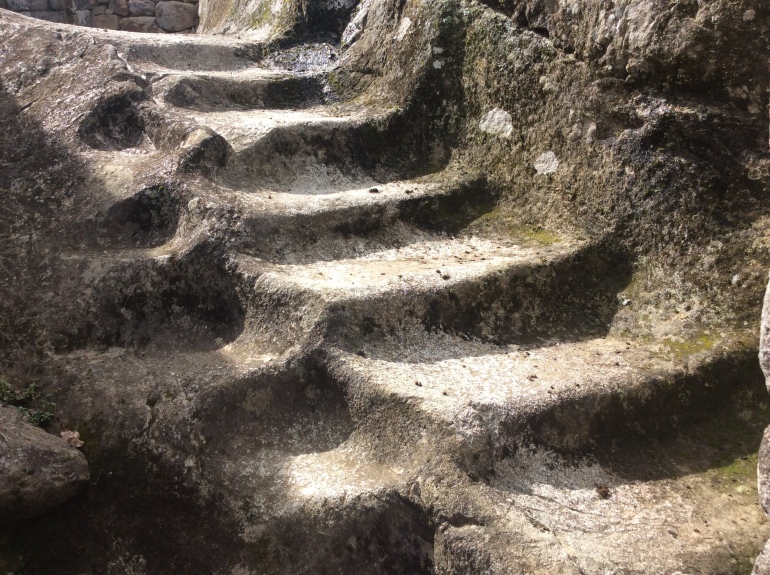 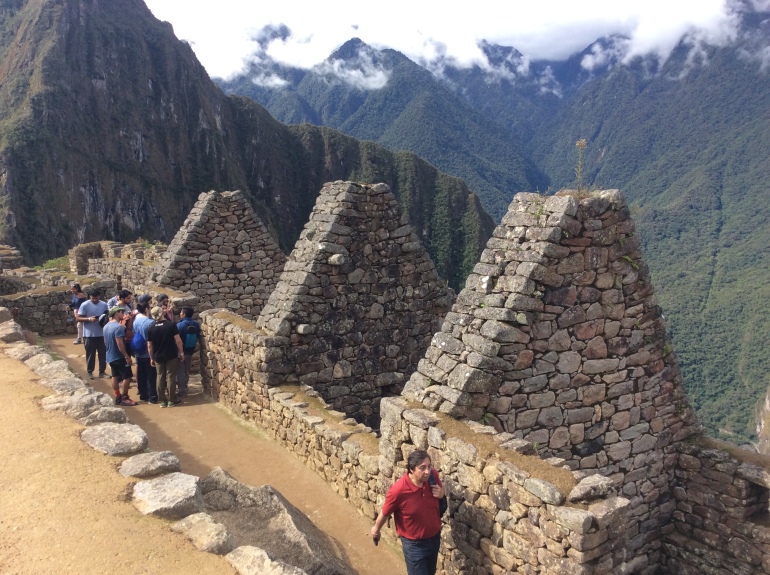 Overall quite an amazing place but I was just slightly disappointed. Can’t put my finger on it…maybe too many people, maybe because they tried to hurry you along, maybe the price and believe it or not, it’s only 500 years old whereas the Tower of London is 1000 years old….

Back in Aquas Calientes and the hotel that was a bit crap followed by a horrible dinner we left next day back to Cusco. To another Airbnb for few nights before we were heading to Puno and Lake Titicaca. I was hoping that it wouldn’t be a disappointment too although it’s another super touristy place….