Days were spent schooling, sleepovers with various boat kids and the use of the lovely pool at the resort.

It’s not often a resort opens its facilities to yachties. We are just not posh enough. In fact, the last one was in BVI at the bitter end resort.

Last bits of fixing before Chris and James were going to U.K.

The night before the flight we found out that James’s appointment had been cancelled. I mean wtf? The letter never was forwarded to Paula, our friend who looks after our paperwork. Had a panic, a meltdown, a crisis about it but finally decided that James will go to U.K. and maybe they can sort something out.

And then we were just the three of us…. 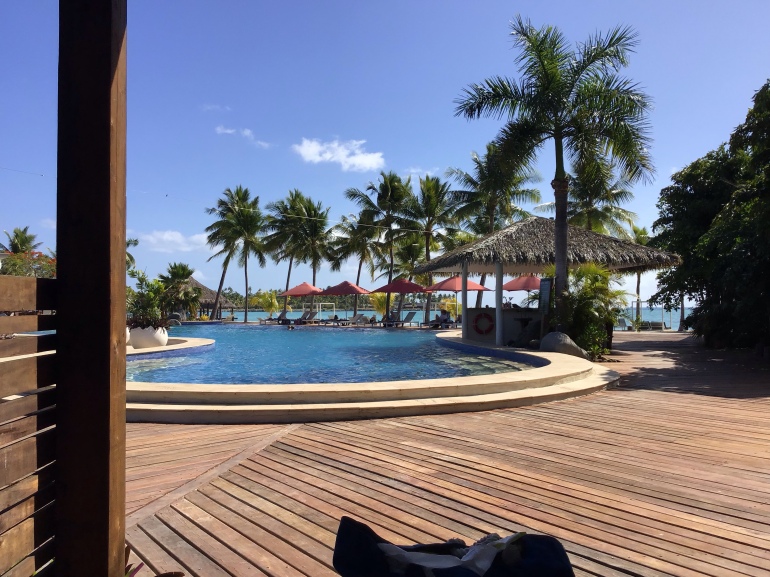 Not for long though as our friends we met back in Huahine, S/Y Antares was sold and Maria and her two kids, Caspar and Nina wondered if they could stay with us for a week. Of course……I got a drinking buddy as well.

They stay with us was great fun. Schooling with other people onboard was interesting, cooking and hanging out was fun, having an other adult onboard was great help as the wind picked up and sun-cover had to come down. It’s a battle on your own although me and Charlie did it as well.

Saw other friends as well there like Itcy foot, Caramba and Calle ll. Many evenings at the bar, bbq and nice catch ups…. 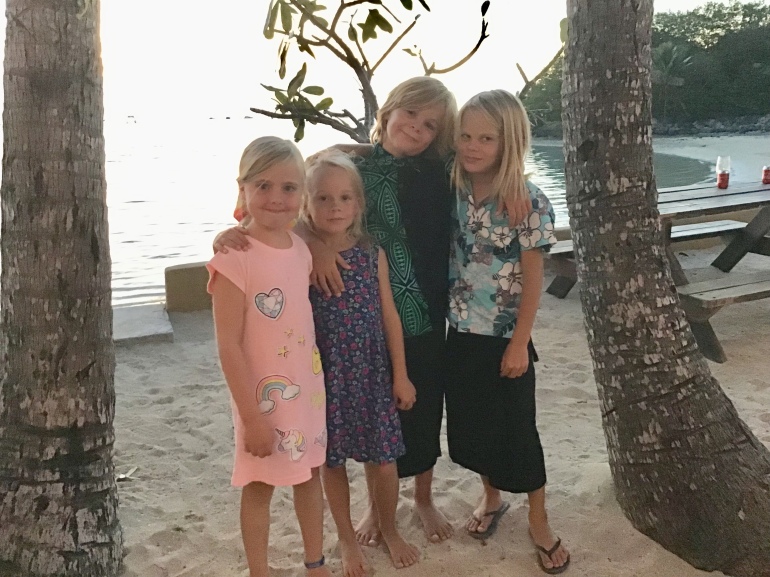 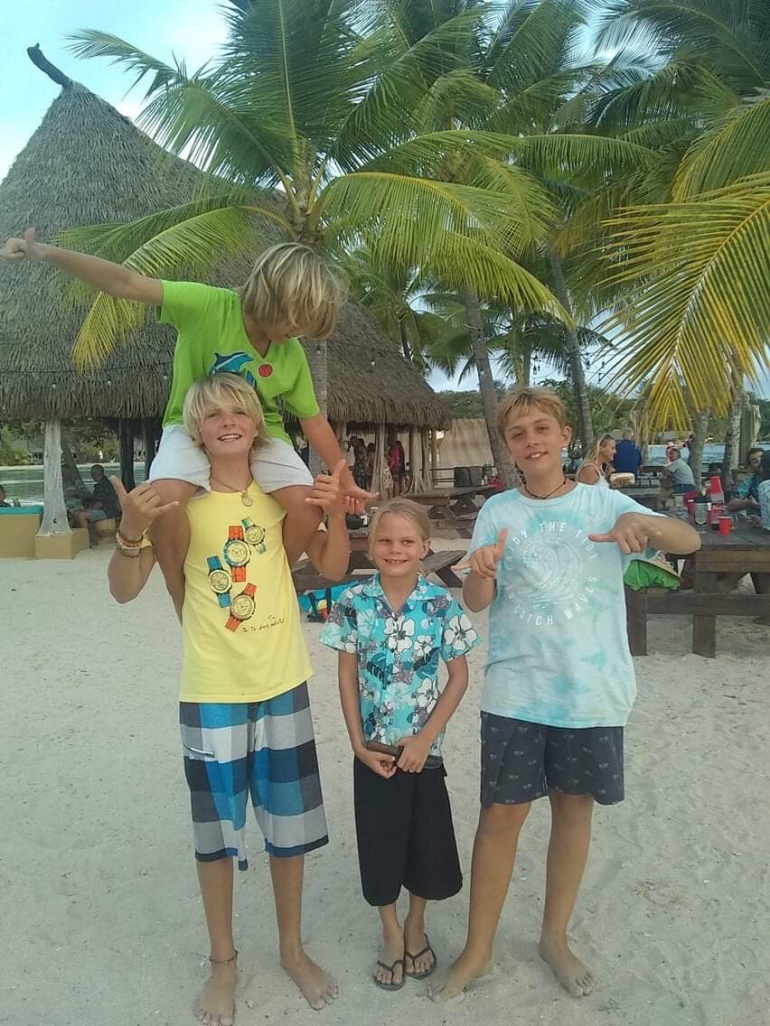 Time flew by but of course I was missing James and Chris and finally they were back….

The sand dunes outside Musket cove, at low water 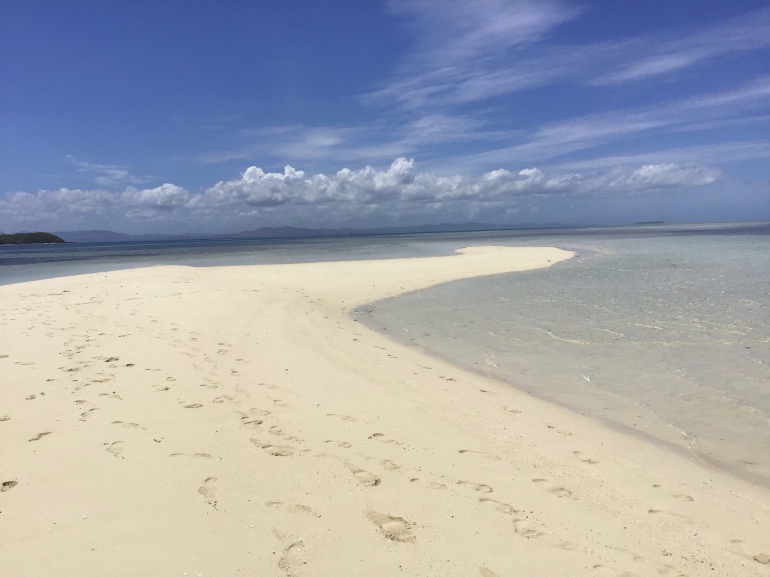 Our six week stay here in Fiji we really didn’t see any of it. Too much to fix, Chris in U.K. and before we knew it, time was up.

We motored for couple of hours to mainland, to Denerau to fuel and stock up.

It was rainy, definitely a change in weather but look who we met at the pontoon… 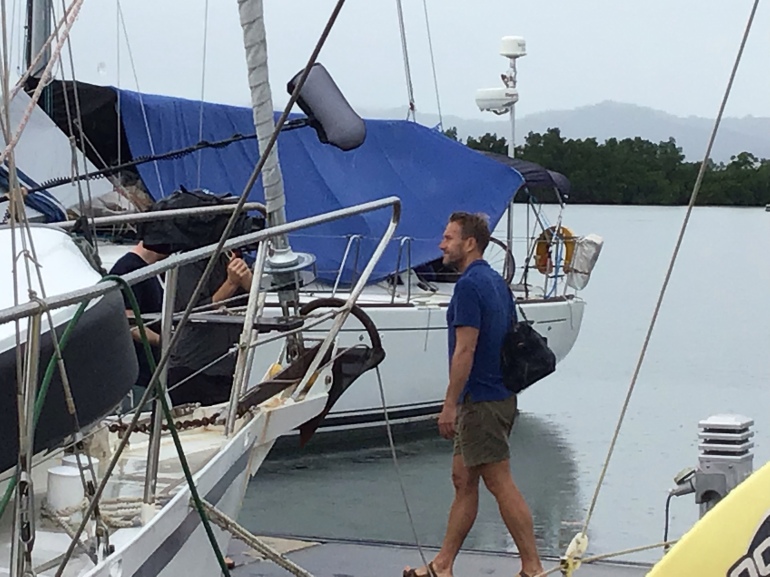 Tv presenter Ben Fogle from U.K. He was super nice. Note our new mascot, Kevin in the background….

Checked out and went to anchor for the last day. Ready for our trip to Vanuatu and buddy boating with Calle ll. should be good….

Little did we know again what was in store for us and the last minute panic when we realised that we had a pantry moth invasion onboard…..last thing one need when destination in the end will be Australia….