The next few days while waiting to go to get the tattoos done we did the usual school. Followed by walks around the town and markets. The markets are so cheap for fresh produce and fresh coconuts were only a dollar.

The boys and Nathan from Slingshot started a little waffle business while at anchor. Must say they did a great job, lovely service and earned money on the way.

Couple of sleep overs thrown in as well over the stay so lots of fun.

This sleepover on Slingshot.

Off we went for 9 am and when we got there, nobody around. We thought they played a joke on us but eventually they turned up.

We sat down waiting for them to set it all up and watching the Master finishing off a body tattoo, the 12th session on a man from Samoa but living in New Zealand. Flying home that day, I have no idea how anybody could even sit on a plane with fresh ink on once bottom.

Anyway, Chris’s turn came up and looking a bit worried he layed down. He was having the traditional tattoo by traditional method which is pretty painful. Got few photos as they don’t like to be photoed while working. 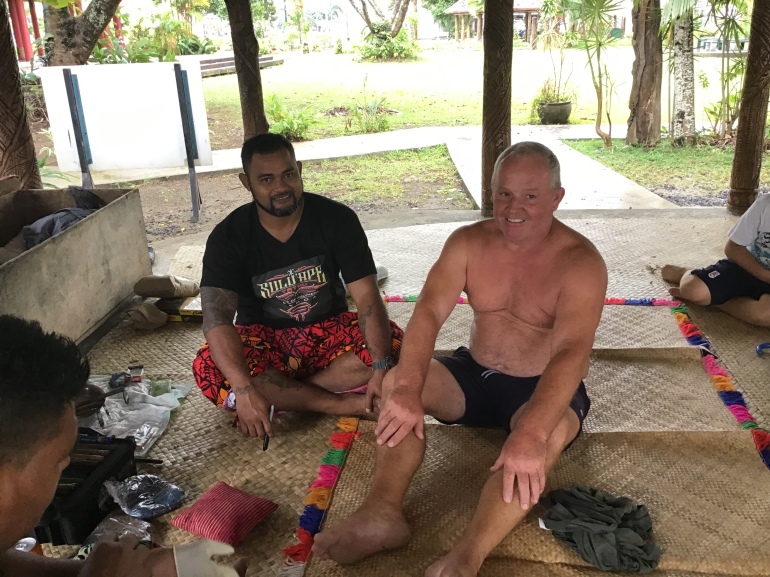 I was called up next and as I wanted a stingray tattoo it was done by the brother on modern methods. Overall not to bad of a pain, a bit sore towards the end. 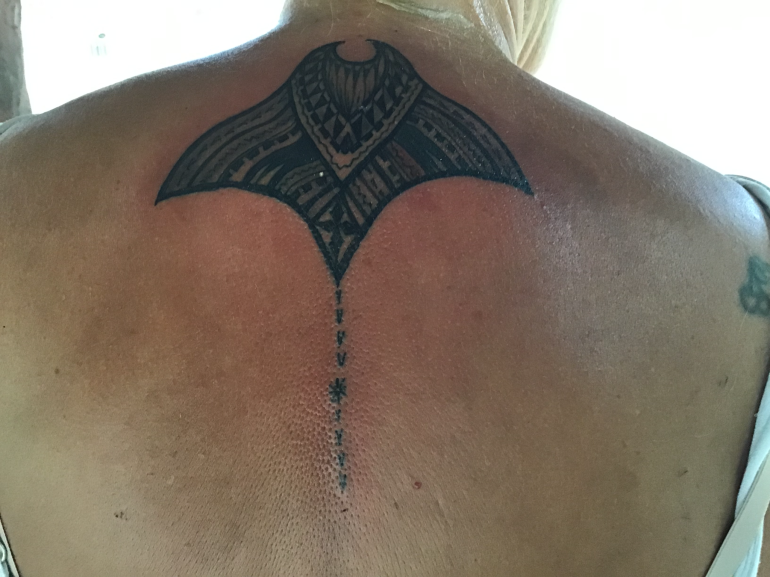 Well pleased with the end result, love the Samoa feel to it. I gave him free hands to do whatever design he wanted.

And this is Chris’ end result 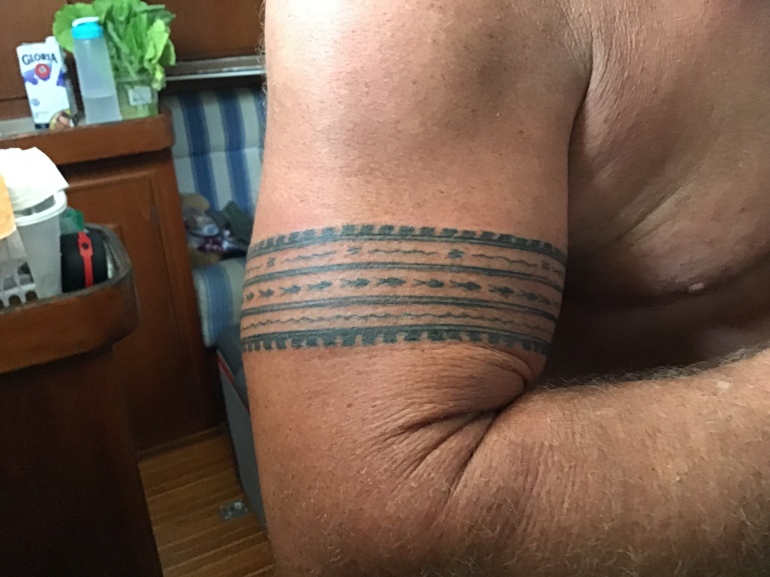 James was desperate for a tattoo and I said he could have one if it’s aloud. Usually you have to be 18 but in Samoa it’s …..wait for it……12 years. How lucky was he, legally made tattoo.

Two little traditional fish which one day be part of a similar one as Chris’s . James said it was super painful….but he did it and the locals were pretty impressed as well.

He moved to Samoa in 1890 and the house is beautiful. 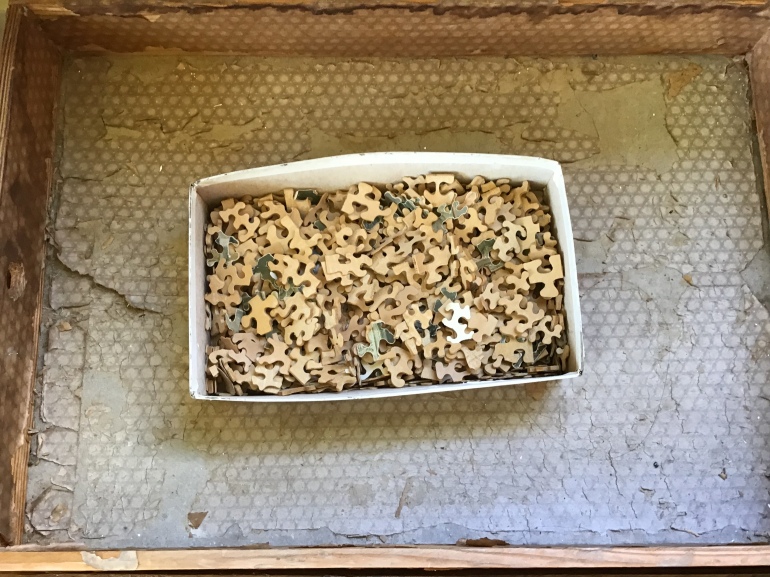 His puzzle that he played with as a child. Impressive. 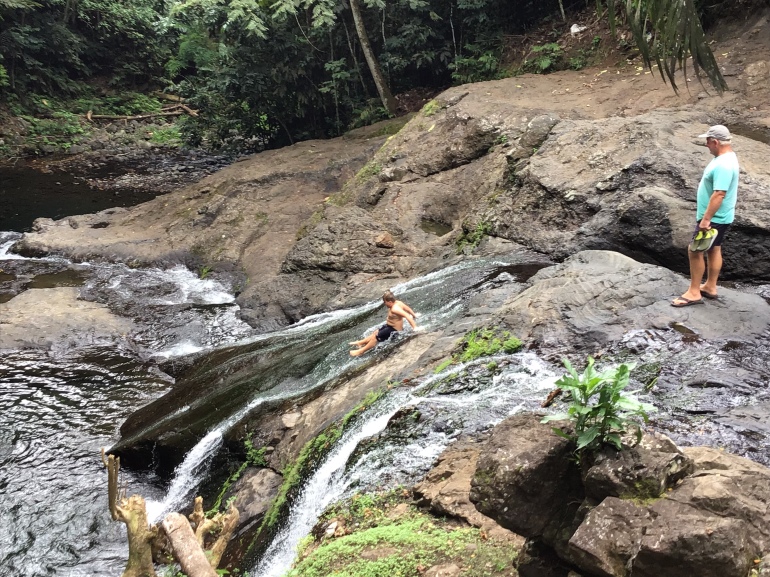 Before we knew it was time to start to look at the next step. Shortest hop as we were all a bit tired of sailing and waiting to get to Fiji and relax.

Next stop was Wallis, a French Island with a difficult entrance, that is what the cruising books said. Well, shouldn’t believe everything you read…